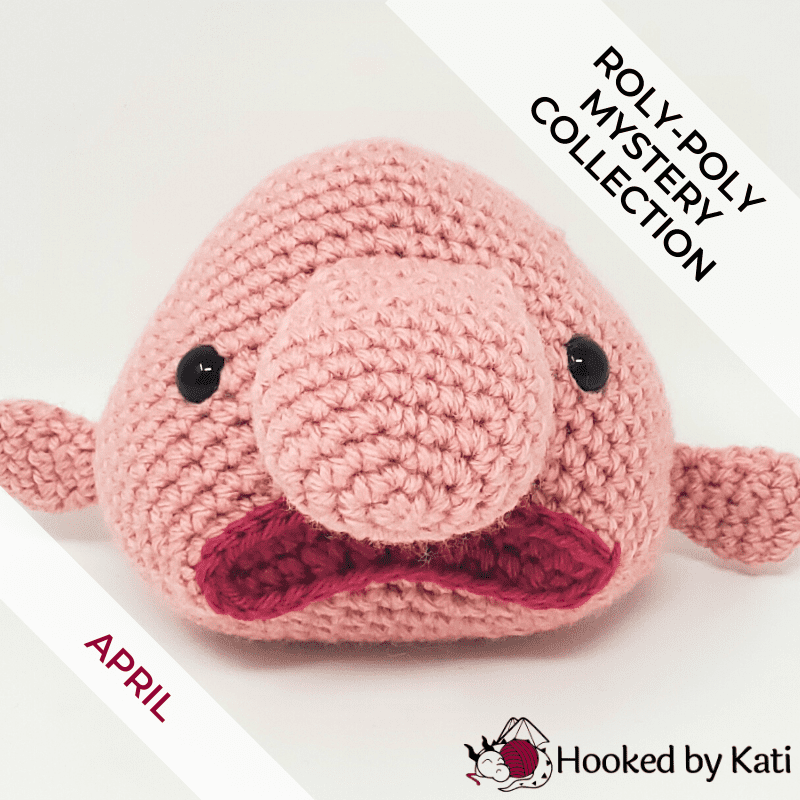 The next pattern in the 2022 Roly-Poly Mystery Bundle is Hubert the Blob Fish!

Hubert’s crochet pattern is free here on the blog, but the best way to create this adorable blob fish is with his Premium Pattern in the Roly-Poly Mystery Bundle.

Hubert the Blob Fish will definitely convince you that blog fish can look cute! His blah smile and big nose, will have you smiling each time you see him.

Hubert is just the under water friend to make with the other friends in the Roly Poly Mystery Bundle. He’s small, pudgy, and fits in your hand! I think he’s the perfect friend to carry around or have at your desk to keep you company. Wouldn’t he be so cute in his own little fish bowl?

All about the Roly-Poly Mystery Bundle

We chose our favorite animals (some real, some fantasy) and made them round, pudgy, and small enough to hold in your hand.

The best way to get them all is in their Premium printable PDF format, and at a HUGE discount, by purchasing the Roly Poly Mystery Bundle! When you buy the whole collection for 40% off, you will get all the patterns up this month and every new pattern will be automatically added to the Raverly file every month! That’s TWELVE patterns for our cute, round, roly-poly friends.

Patterns will be released (and added to existing bundles) on the first Friday of every month. 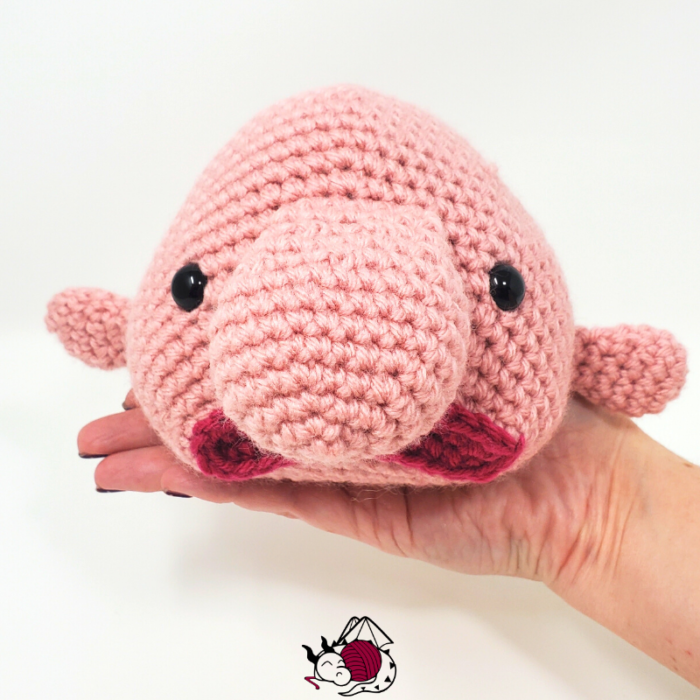 The Premium Pattern of  Hubert the Blob Fish amigurumi is a printable pdf with clear instructions, LOTS of photos, and checkboxes for every row.

Hubert’s pattern is FREE here on the blog, in text-only format. But because of the no-sew assembly, I would highly recommend you upgrade your creative experience with the Premium Pattern.

On top of Hubert being the cutest blob fish, guess what the best part of this pattern is?

He is a no sew pattern!

That’s right! There is no sewing involved! The pattern starts with make his nose and fins, then his body starts with the mouth and the fins and nose are worked into the stitches as his body takes shape.

This might sound nuts, but it isn’t! And it’s easier than you think. The Premium Pattern makes it super easy to understand as well.

For a quick refresher of these basic skills, go to www.hookedbykati.com/basics

You Will Practice Basic Techniques:

Rnd 2: Change to ROSE, working in the third loop of the hdc (see Pattern Notes), sc evenly around. (30)

Insert safety eyes between rnds 6 and 7, evenly spaced on either side of the nose.

Check out the other patterns in the Roly Poly Mystery Bundle! They are all equally adorable.

And be sure to visit Anvi’s Granny for even more adorable patterns! 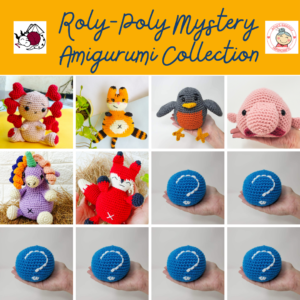