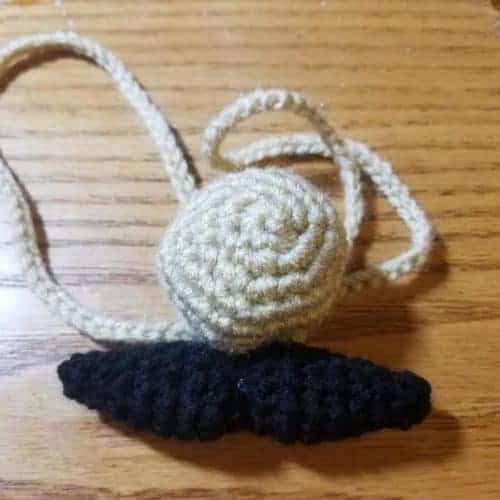 This Nose Warmer thing is getting out of hand. Or should I say, “out of face?” The next nose cozy needed to be even more hilarious and fun than the Snowman Carrot Nose Warmer.

So of course, I went straight to a favorite video game for my next inspiration.

The Mustache Nose Warmer is loosely base on the mustache of a famous plumber we all know and love. The nose is round and bulbous to add more character.

I love this one.

Thread tail through mustache to center of mustache, at Round 10. Wrap tail twice around the mustache and pull tight to pinch center together. Tie off. Sew to center of the bottom of the nose over last three rows.

Please make these, wear them, and send me pictures. Leave pictures along with your location here in the comments, on the Facebook Page or in the Hookers and Crafters Facebook Group. I want to see this goofy thing bring joy all over the globe!