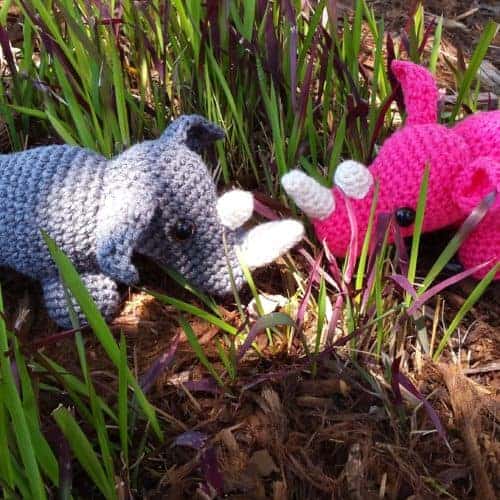 This little Romping Rhino was one my first patterns. I am still very proud of him and I adore making items from my rhino pattern (especially in pink and blue). There is really nothing like a chubby unicorn (ie, rhinoceros).

This is a great beginner pattern! If you are new to amigurumi, these guys are a great place to start. They teach you how to put on legs so your creature stands up, how to position small pieces and ears, and he has some basic shaping to get you started on forming pieces in shapes other than spheres. 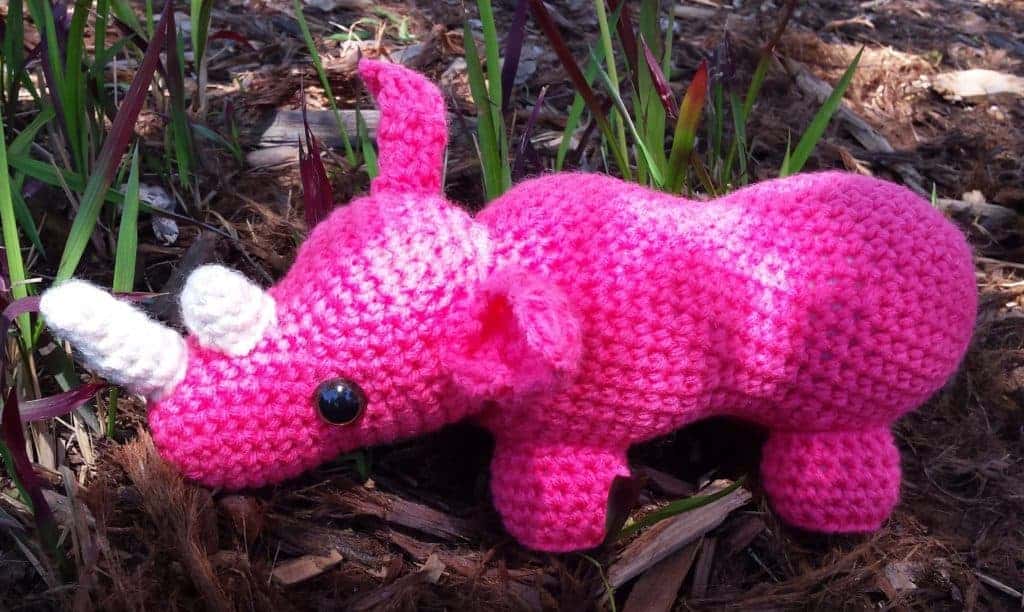 You may sell products made by this pattern, but please link back to hookedbykati.etsy.com or credit Hooked by Kati on the craft fair tag.  Do not copy this pattern for distribution or sale. That’s not nice.

Gauge is not important.

For all parts, work in continuous rounds, do not slip stitch to join.

Use stitch markers to signify the beginning of the round to help you count stitches.

Recommended: Do not weave in ends until all parts are attached to ensure correct placement. 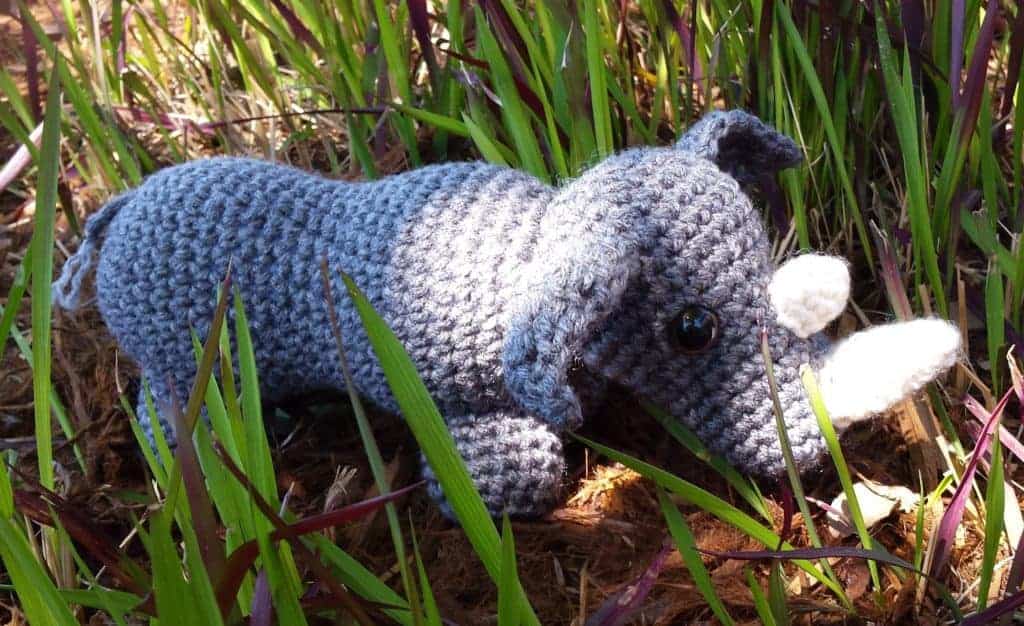 Attach eyes low on sides, in line with corners of nose, on row 11.

Using needle, thread through the back loop of all 7 stitches. Pull tight to close.  Bind off leaving long tail for sewing.

Using needle, thread through the back loop of all 6 stitches. Pull tight and tie off to close. Bind off and weave in ends.

Stuff. Bind off leaving a long tail for sewing.

Bind off. Weave in this end. The ear will fold slightly at the widest point. 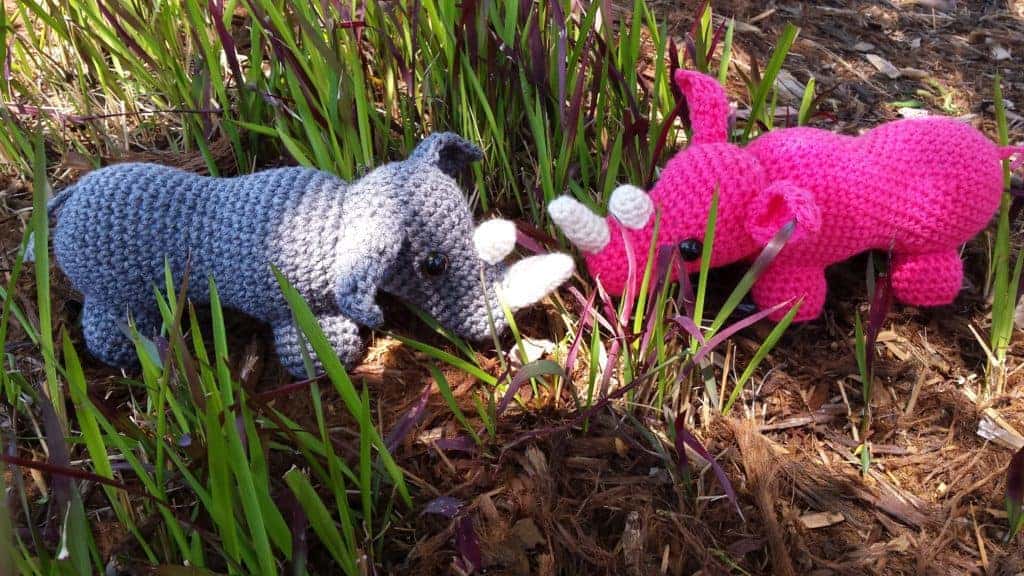 Using G hook and MC, ch 7. Bind off with a long tail for sewing. Pull both ends tight. Fray the end of the shorter tail and cut frays to the length you want. Use the longer tail and a needle to sew the tail in place. Weave in ends.