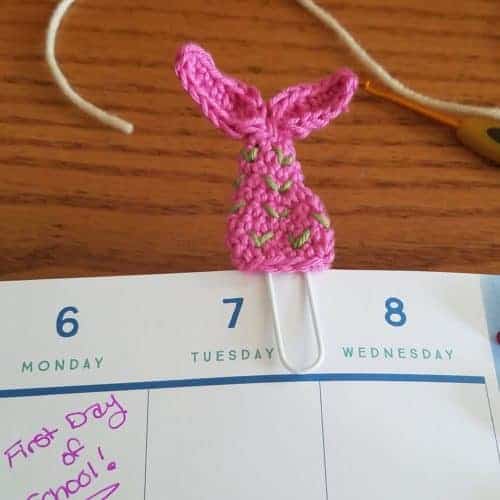 As school starts up, I’m behind on everything from laundry to magazine deadlines.  I have to keep my planner up-to-date and in plain sight to stay on top of it all. Since mermaids are all the rage (and let’s face it, they are awesome), I decided to make a mermaid planner clip to add to my planner to keep me stylishly organized.

If you’ve never worked with Lion Brand Bonbons before, I suggest you try it. They are a fun package of eight mini-skeins in a variety of colors. They are great for small projects, tiny amigurumi, or to keep around for detail work.  I’m partial to the 100% cotton Bonbons because they work up well with tight stitches.

Fabric Glue (I use Fabric Fusion) 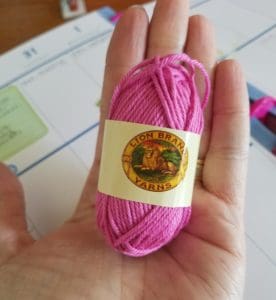 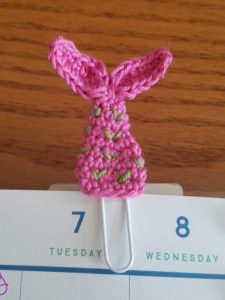 Using scrap PNK yarn, thread needle through end of tail and around middle of the tail, at the widest point. Pull tightly. Manipulate fins so that the right side of the fins point forward. Sew again through same holes to anchor fins in place firmly. Tie off yarn and weave in ends.

With GRN, use a needle to sew V’s in the front of the mermaid tail, spaced as desired.