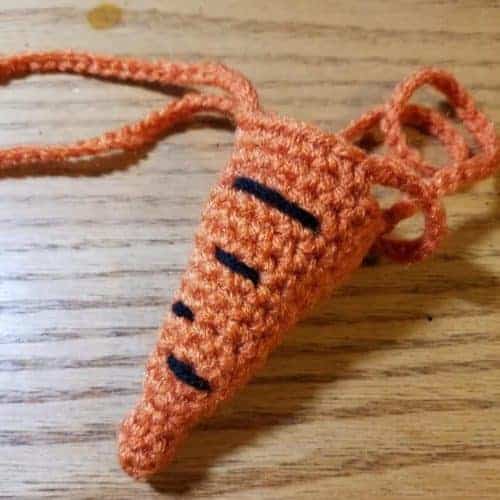 The latest trend in the crochet world is probably one of my favorite too-silly-to-be-real things. The nose warmer, or “nose cozy.”

A few years ago, we were all passing around this picture from a vintage crochet magazine, laughing about how ridiculous this looked. It had to be a crazy blast from the past, sort of like those awful granny stitch men’s shorts, right? 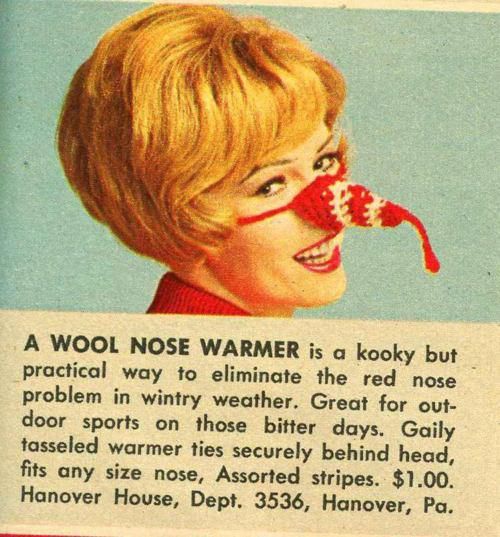 Etsy is blowing up with the popularity of nose warmers! An Etsy search for “crochet nose warmer” brings up 214 results! TWO HUNDRED AND FOURTEEN!

The once too-silly-to-be-real picture we all floated around as a joke is now a real trend in crochet. Whether people are buying them as gag gifts or actually wearing them is still up for debate. But no matter what, they are selling.

With a giddy little lump in my throat (was I actually embarrassed to make one of these?), I got out some scrap yarn and created this gem: the Snowman Carrot Nose Warmer. Because if you are going to look silly in a nose warmer, it might as well be thematic! 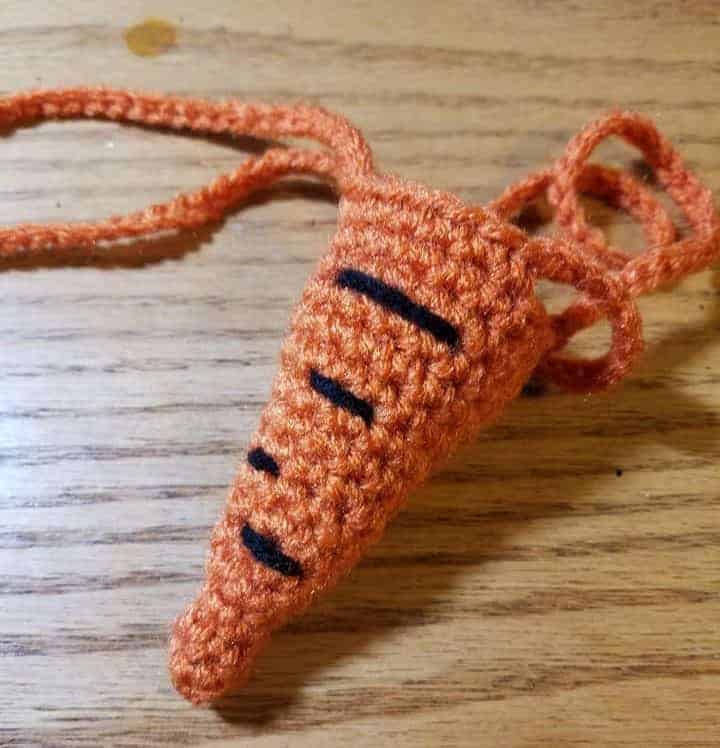 Using Black and a tapestry needle, create 4 straight lines across the carrot, decreasing in length from the base to the tip. Stagger the position so they are not perfectly lined up. 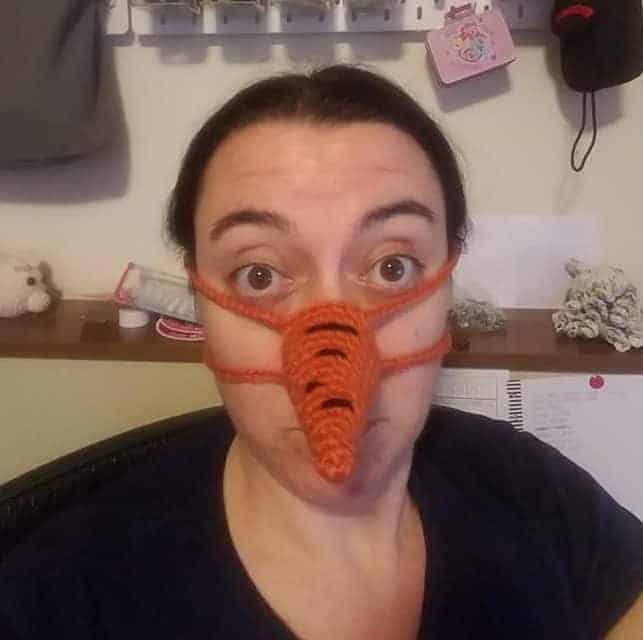 So, I donned my carrot nose, and viola! I’m Frosty! But as you can see, my nose is quite warm.

Being as “on fleek” as I am, I will be making a few more nose cozies before the season is done, and I’ll be sure to make them everything everyone has ever wanted in a nose cozy….warm and a little strange.

Are you making nose warmers? Are you selling them in your business? Are you wearing them?

I want to hear MORE about nose cozies! Please, comment and let me know how many you have sold, who is wearing them, and if they are serious about it.

Their popularity has completely blown my tiny little mind. But my nose IS really warm….