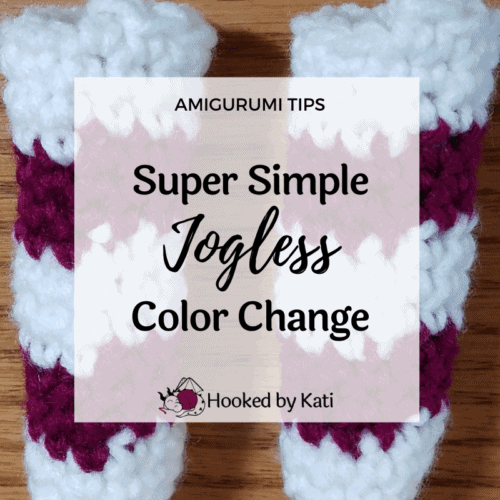 Changing colors on amigurumi is always a bit of a challenge, especially when making stripes.

When you work in continuous rounds, you end up with a strange overlap, or “jog,” where the colors change.

I have watched many videos from many different designers on how to minimize this jog in colors, and when I finally figured it out, it ended up being much simpler than any other tutorial I had ever watched.

Creating a jogless color change is as simple as changing one stitch into a slip stitch. And then viola! Your jog has been diminished drastically and is barely visible, even when you are looking for it. It also doesn’t interrupt the flow of the stitches, so you don’t have to be constantly double checking your stitch count.

In my Creepy Eyeball pattern, I wrote in the slip stitches for the color changes to make it easier to do the jogless joins, but I also know that it’s nice to just know how to do this, say if you wanted to put stripes on your Guineacorn, or make a rainbow Porg.

So here it is! Simple as can be!

To change color, you will pull up a loop with your working color from the next st, then instead of finishing the sc with that color, you will put your new color on the hook and pull the loop through both loops on the hook, finishing the stitch with the new color. Then, your first stitch in the new color will NOT be an sc, but will instead be a slip stitch. Slip stitch with that new color once and then continue around in the sc, working your continuous rounds until you wish to change colors again.

That’s it! Just that simple change and you have shrank the jog in your stitches to a barely visible (and uncomplicated) color change.

So go give it a try! Send me pictures of those striped creatures, and as always, 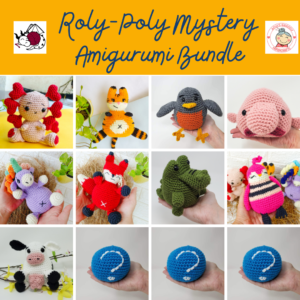