Some posts contain affiliate links. But have no fear! I only promote things I love and use myself. 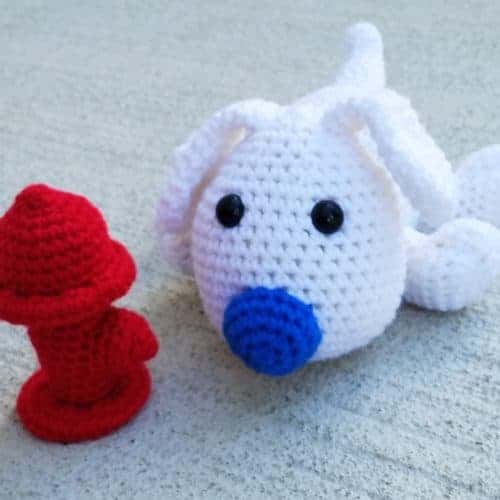 I had so much fun last week designing Fuzz, my new little puppy, that I decided he needed some accessories. His first accessory is his very own fire hydrant. This is a fast pattern, and a great addition to any dog’s toy box.

I mean, what dog doesn’t need a good hydrant? 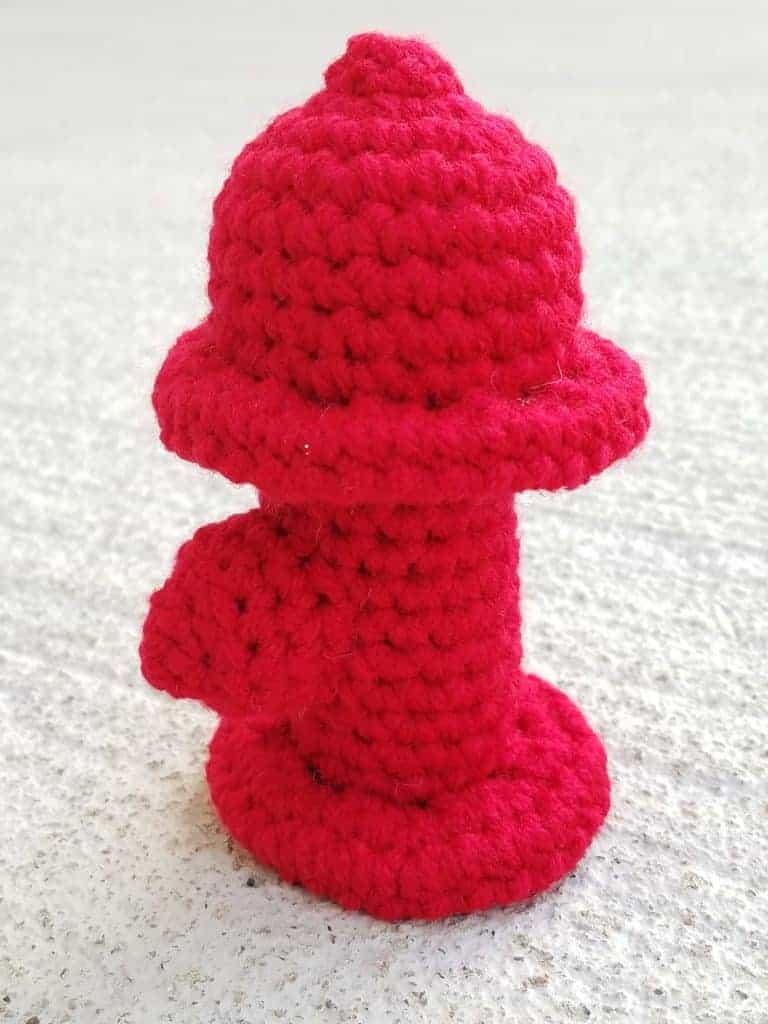 BLO: Back loops only. 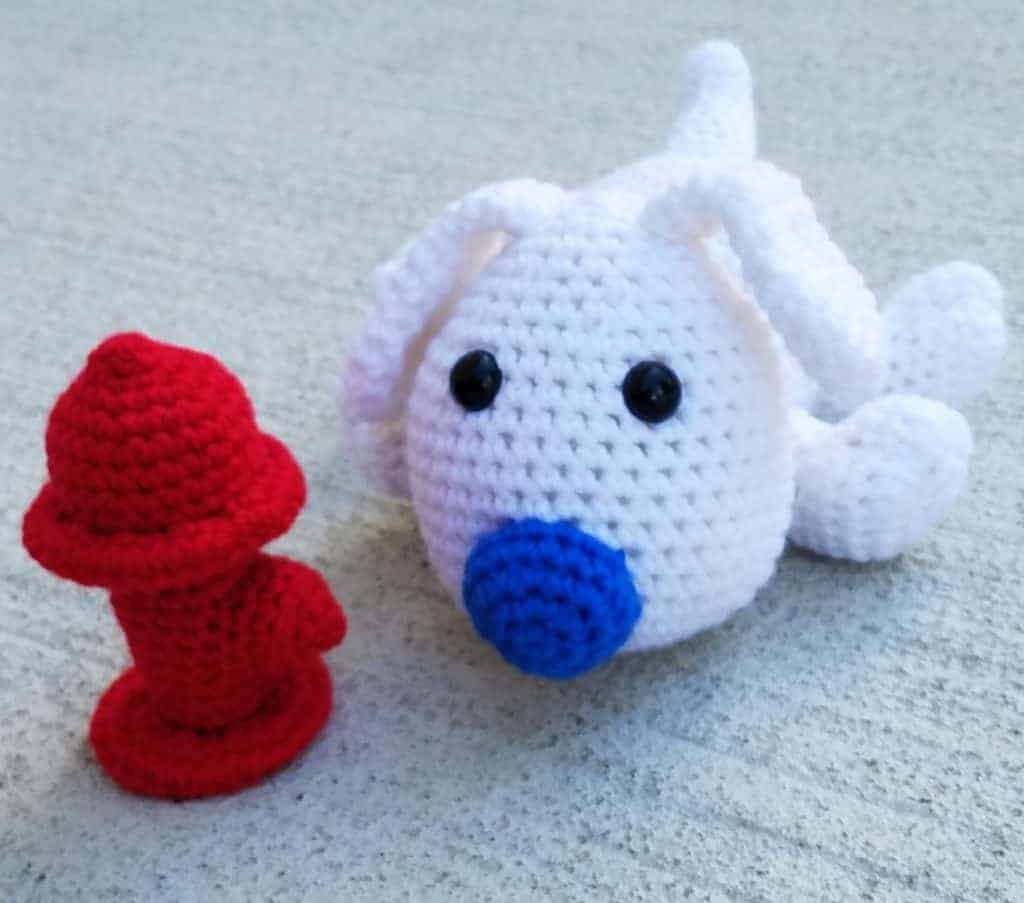 Cut yarn. Thread needle through back loops of remaining 6 stitches. Pull tight to close. Flatten bottom. Using same yarn, thread up through round 21 to round 16 (from bottom to top of the flattened bottom). Thread down through next stitch. Continue around to permanently flatten bottom of hydrant.

Repeat sewing around top “lip” of hydrant by threading yarn from round 11 to round 15 and sewing between them. See video for clarification.

Bind off, leaving long tail for sewing. Add small amount of stuffing. Using tail, sew to side of hydrant.