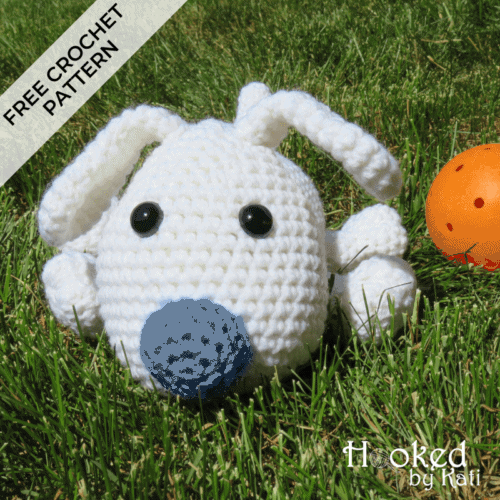 Growing up, my mom got me hooked on Ziggy comic strips. She had this hardbound collection called The Ziggy Treasury, and I would read it over and over. Ziggy was awesome, but my favorite character was his dog, Fuzz.

While cleaning out my bookshelves, I found my mom’s Ziggy Treasury and was reminded of my adorable friend, Fuzz the Dog. So I created a small homage to his cute little over-sized nose and ears that are simultaneously perky and floppy. 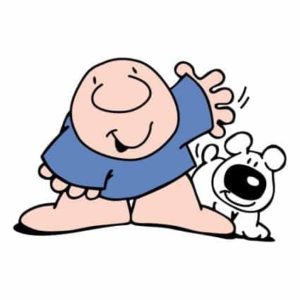 His legs are splayed out so he is always lying down. This makes him the ideal snuggle buddy.

When you’re done with your Fuzz the Dog, why not make him his very own fire hydrant?

﻿This pattern can also be purchased as a Premium Pattern for only $3.00 (printable, ad-free, downloadable .pdf file) here.  It can also be found on Etsy or Ravelry.

Pattern is written in English, in US terms using Craft Yarn Council abbreviations.

Gauge is not important for amigurumi. Be sure to use the same hook throughout to ensure proportional size.

Bind off. Thread needle through back loops of remaining 6 stitches. Pull tight to close. Weave in ends.

Position oval horizontally, with top of nose centered between eyes,  4 rounds below bottom of eyes.

Using tail of body, sew head to end of body so the chin and bottom of body are even.

Lay head and body on a flat surface. Pin legs on sides, toes facing up. Whip stitch to body.

With scrap WHT, sew a line between each toe, two lines per foot. Pull gently to tighten to add definition to toes.

Bind off, leaving long tail for sewing. Stuff. Sew to back of body, centered, curving up.

I’m Kati. I’m a crochet designer specializing in stuffed animals or “amigurumi.” Are you ready to take your plushies to the next level? It’s time to fill the world with beautiful crochet art. Let’s get started! 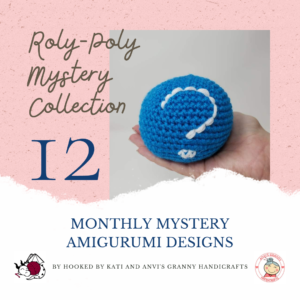 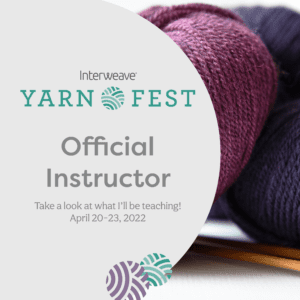